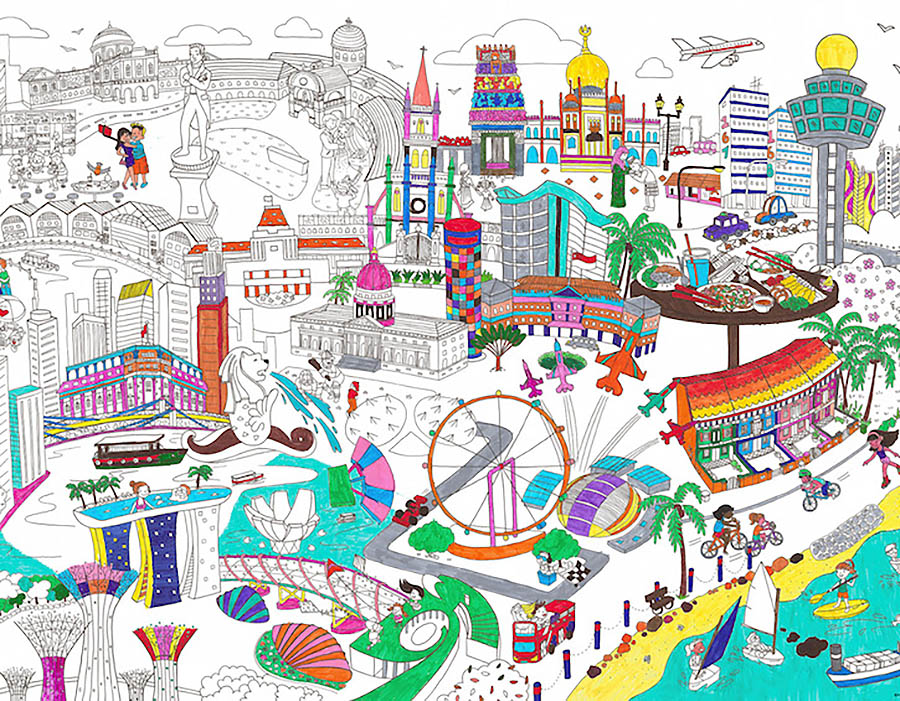 How is Singapore establishing itself as a global city? What aspects of our heritage and culture have we given up in the pursuit of the status of a global city?

Singapore, which derives its name from the Sanskrit phrase, ‘Lion City’, is one of the most globalised cities in the world, placing fifth on the 2015 globalisation index, within an astounding span of about 50 years. To attain her great achievements, Singapore boasts many unique policies, infrastructure and governing systems, all of which have proven successful in placing itself on the world map. This may have come at the cost of heritage and the loss of an authentic Singaporean identity, aspects which the government currently is trying very hard to restore, albeit perhaps too late.

For the past 50 years since independence, Singapore has been slowly growing its rapport with other countries on the international platform. Through the establishments of tax-friendly incentives to attract a plethora of Foreign Direct Investments (FDIs), Singapore has managed to reduce unemployment rates and channel the increased tax revenue received into implementing essential reforms. One of which was the building of HDB flats to mitigate squatter settlements in Singapore, solving one of its most urgent and prevalent domestic problems. Other unique policies, such as compulsory primary education, allowed Singapore to nurture an educated population to improve society and keep up with the changing landscape of the working industry. Currently, Singapore is investing in potential sunrise industries to continue building itself as a global city. As a popular aviation hub within Southeast Asia, Singapore invests a lot on M.I.C.E facilities (Meetings, Incentives, Conferences, Exhibition) and business opportunities, recently pledging to invest S$19 billion in technological companies as a part of its 2020 Research and Innovation (RI) plan.

However, in the aspect of tourism, Singapore has diluted and even cut loose some of its cultural heritage to make it more attractive for wealthier and business-minded tourists. Huge commercial islands such as Resorts World Sentosa, house amusement parks, luxurious shopping avenues and accommodation, which do not seem to represent what Singapore or its culture stands for, but instead portrays an overpriced and westernized ‘ideal’ of what a vacation is. Despite the presence and preservation of important local landmarks such as Fort Canning and Singapore Art Museum (SAM), they receive a meagre fraction of attention from tourists as compared to the commercialized and urbanized tourist ‘hotspots’. As much as it causes discontent to most of the local population, it is important to realize and understand that in today’s metropolitan era, materialism and consumerism have driven the tastes and preferences of tourists towards certain facilities and interests. The government, in an attempt to retain Singapore’s attractiveness, embarks on these sometimes controversial infrastructural developments such as the Casino to appeal to the interests of the tourists, who provide them with the essential revenue they need to maintain and fund policies and programmes in Singapore. As such, in a crude and pragmatic manner, the idea of building popular infrastructure and becoming the ‘paradise’ tourists want and expect to see, would economically benefit us in the long run.

However, is this what we, as Singaporeans, want our country and ourselves to be recognized as? Recently, in the world of pop culture, Singapore is perceived to be a ‘paradise for wealthy and aristocratic Asians’ as falsely represented by the book and movie, ‘Crazy Rich Asians’, where not only the title, but also the premise and characters poorly reflects who we truly are. The international fame and success of the movie only added fuel to the fire. In the pursuit of economic growth and progress, Singapore missed its mark on building upon our core principles and values that we established our nation and culture upon such as emphasis on personal and individual growth, bonding and sharing within and between tight-knit communities. We no longer can accurately track or understand the evolution of culture across space and time, and rely upon the Social Studies curriculum we have to learn, through which we only get to understand one version of the Singaporean narrative. In recent years, attempts made by the government to restore Singapore’s lost identity has emerged, only to be met with poor reviews by locals. The efforts to build local media through locally produced shows such as ‘Tanglin’ have fared unfavourably and has been labelled as ‘cultural cringe’.

The value credited to jobs purely based on the criteria of economic value rather than its representation and contribution to our Singaporean identity is one that needs to be changed. Our local small and medium-sized enterprises (SMEs) need to be given more support and opportunities to thrive and solidify another Singaporean narrative, while encouraging more entrepreneurship within our talented population.

This essay was written as a submission to Geosphere, a publication of the NUS Geographical Society and garnered a runner-up award.